In Broadhurst v Tan, the Court of Appeal resolved a tension between Part 36 and fixed recoverable costs.

In a claim which exits the RTA Protocol (or by extension, the EL/PL Protocol) that came into force on 31 July 2013 and where the claimant goes on to beat his Part 36 offer at trial, the claimant will be allowed fixed recoverable costs down the end of the relevant period of his Part 36 offer and costs assessed on the indemnity basis thereafter, rather than the fixed recoverable costs through to trial under CPR 45 Section IIIA.

This will not affect many claims. Few go to trial; and in fewer still does the claimant beat his own Part 36 offer. Nevertheless it will encourage defendants to evaluate claimant’s Part 36 offers even more carefully.

It is surprising that the Court of Appeal agreed to fast track the appeals where only a handful of cases are affected, when the appeal in Bird v Acorn behind which hundreds, if not thousands, of other claims are stayed is not listed until October.

The judgment is interesting for procedural enthusiasts. It usefully clarifies that fixed costs and assessed costs are conceptually different. That is an under-appreciated point.

It is not the standard basis or indemnity basis that is the antithesis of fixed costs. After all, the bases of assessment only set out that costs allowed must be reasonable (and proportionate, on the standard basis), and explain how doubt will be resolved. One could say that fixed recoverable costs are by nature reasonable and proportionate. The Rules and practice directions state consistently that unless fixed costs apply the costs will be assessed.

It is disappointing that while the judgment deals well with the claimant’s arguments, it is lacklustre in dealing with defendant arguments.

The judgment addresses arguments about practical difficulties, but there are also rule-based arguments. While they may not have changed the result, it would have been helpful to know the court’s reasoning.

For instance, the judgment does not expressly acknowledge that the word ‘assessment’ does not appear in CPR 36.14(3)(b) (and now CPR 36.17(4)(b)); it refers to ‘costs on the indemnity basis’. Did the court read in that word by necessary implication? How would it reconcile that step with PD44 8.1, ‘where the court does not order fixed costs (or no fixed costs are provided for) the amount of costs payable will be assessed by the court’, because CPR 45 Section IIIA does provide for fixed costs?

Also, the Court of Appeal did not acknowledge that non-fixed disbursements would always be assessed, and the assessment of those disbursements on the indemnity basis would be a reward for the claimant even if other costs after the expiry of the successful offer’s relevant period were fixed.

The judgment leaves no clear signposts for resolving other tensions between Part 36 and Section IIIA. If it were appropriate on the facts to make the argument, does the order for costs on the indemnity basis prevent the defendant from arguing under CPR 45.24 that the claimant exited the RTA Protocol unreasonably, and should be restricted to Protocol fixed costs?

That power is expressly preserved by Section IIIA, but is not mentioned in Part 36.

Nor does it help much with the more common version of that argument, which is whether a Part 36 acceptance prevents unreasonable exit arguments. District judges have been divided on the point, and Broadhurst probably means that more are likely to conclude that such an argument is not open to the defendant under Part 36 – and may be wrong in coming to that conclusion.

The result has been welcomed by claimants, but in cases proceeding to trial it will cause them more work.

In many cases that could be more work for nothing. Might the judgment pave the way for some alternative costs reward for beating an offer, such as an additional 10% of costs? 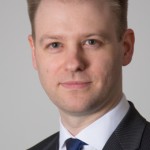