As legislation governing the use of commercial drones moves a step closer, so does the reality of their widespread prevalence in the retail sector. Peter Forshaw considers the implications for insurers and their policyholders

The recent Queen’s Speech, with the announcement of the Modern Transport Bill, heralded the Government’s intention to introduce new regulation to put Britain at the cutting edge of safe technology by “bringing safe commercial and personal drone flight for households and businesses a step closer”.

While the detail of the Bill is as yet unknown, what is clear is that the use of unmanned aerial vehicles (UAV’s) – or drones – is set to gather pace in the next few years.

Once considered a futuristic fantasy, the possibility of airborne units travelling through the sky is now a reality, and such developments are likely to dramatically shape the likes of the retail sector and therefore those insuring policyholders in this area. Consequently, insurers need to carefully consider how they underwrite and market such insurance cover in such an emerging area.

Developments in UK UAV regulation to date have been limited with little detailed guidance issued by the Civil Aviation Authority (CAA). While over 1,100 commercial licences have been issued to date, these largely relate to those undertaking emergency services and activities such as aerial photography, for example.

The express permission of the CAA is required for anyone using drones for commercial purposes, with the need to satisfy its competence test. Operators who fail to comply with the CAA’s requirements in respect of airspace and other restrictions, face prosecution, with the current maximum penalty upon conviction, being an unlimited fine and/or imprisonment. The use of such devices should not, therefore, be undertaken lightly.

There is no doubt that drones can deliver many financial and competitive advantages to commercial retailers. Such devices have the potential to effect quicker response times for orders, and enhance sales by enabling delivery to more remote locations. With an increasing reliance on analytics, drones can assist with monitoring retail site security, enable real estate site reconnaissance and help evaluate both footfall, and potential customer behaviour profiles.

The emerging risks and challenges to drone operators and their insurers are, however, as equally diverse, requiring underwriters to consider how and to what extent insurers are prepared to insure against the various risks involved in operating drones:

First party claims – while drones remain relatively exclusive, and in view of their potentially extensive operational reach, the prospects of claims under policies for theft or device loss remain high.

Product Liability – complex device technology can lead to product malfunction, and costly litigation for property damage, personal injury, brand damage and business interruption and other financial losses. Such litigation is liable to be complex and costly, requiring the identification of the specific relevant cause and determination of whether such liability should rest with the manufacturer, the programmer, the operator or a combination of these.

Public liability – The report in April of a drone hitting a British Airways plane is just one example of the potential dangers of drones. Operator negligence can lead to device collision with people, buildings, and other aircraft, causing property damage, personal injury and possible loss of life in extreme cases with the resultant likelihood of public liability claims exposure.

Invasion of privacy – Drone operators may inadvertently breach legislation such as the Data Protection Act, the Human Rights Act, the Regulation of Investigatory Powers Act and the Sexual Offences Act. Similarly, as drones become more autonomous, the potential for hacking and cyber-crime magnifies, already a particular challenge to a sector which stores extensive customer details for commercial purposes. As a US survey for Munich Re last year showed, there remains significant public unease over the use of UAVs as a result of the associated risks, which may fuel recourse to claims.

Nuisance – operators may be vulnerable to actions for public and private nuisance, trespass, or applications for injunctions to prevent operators from using drones either at all or within key operational areas. In additional to the detrimental impact on commercial operations, breach of such injunctions could leave operators in contempt of court and potentially liable for fines or imprisonment.

Jurisdiction/coverage – insurers will need to consider to what extent coverage is offered, how PL, product, aviation, cargo liability and other policies interact and how policies are drafted to ensure appropriate conditions precedent to protect themselves against unlimited liability, particularly for example where the use of such drones can lead to the unsecured depositing of delivered retail purchases.

The risks associated with drones, and insurance policy wording requirements are only likely to be clearer once the Modern Transport Bill is given Royal Assent.

But insurers need to continuously monitor and respond to the different types of exposure in largely uncharted areas, and the impact of cross jurisdictional challenges in this swiftly- advancing area.

Peter Forshaw is a partner at law firm Weightmans 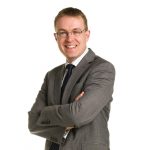