Andrew Twambley says that Theresa May’s Government may decide to kick PI reforms into the long grass, giving the sector a chance to finally get its house in order

Once upon a time in a land not too far away, access to justice for the multitude was in severe doubt.

The dark forces of Osborne, Cameron, and Lord “The Baron” Faulks conspired to remove legal representation for the vast majority of claims and entirely take away the right to gain compensation for most soft tissue injuries in road traffic accidents.

This whole package of “reforms” had been spearheaded, encouraged and cajoled by the ABI, an insurer’s umbrella group which only has the bulging pockets of its members’ shareholders at heart.

All was looking gloomy for the common man, until the leader of those dark forces made a monumental error, borne of arrogance, by trying to force his will upon the people – and assuming his will was the will of the people.

In a day reminiscent of The Storming of The Bastille, the people revolted and everything changed.

Then Cameron resigned and was almost immediately replaced. Osborne and The Baron were no more, and a new fresh breed of politician took over. Almost immediately, the formerly cocksure ABI felt a little stranded and unloved. In the old days, the ABI had a virtual office on Downing Street and a vice-like grip on the key conspirators. That was washed away in Mrs May’s spring clean.

Now the people felt less trodden upon, and those leading the people saw an opportunity to talk on a more equal basis with the new incumbents at Downing Street.

Not only do we have new politicians in virtually every official post, but they have a monumentally complex task to deal with in removing us from the EU. I can only speculate upon this, but the “reforms” which had been high on the agenda previously will now have reduced in criticality, and may be found somewhere below Larry The Cat’s vet bills – #longgrass.

But, perhaps this will aid talks and a negotiated settlement. After all, there are many things that the claimants and the insurers have in common:

1. A desire to rid ourselves of fraudulent claims/clients. Such are no good to claimant lawyers

2. A willingness to share data for the common good

3. An acceptance that the small claims limit needs to rise

4. A willingness to talk about the date a CNF needs to be submitted in a RTA case

5. A repulsion of cold calling and intrusive unregulated marketing techniques

As Michael Napier CBE QC told me many years ago, at about 2.20 am: “Andrew, it’s best to settle this rather than let the Government impose a hastily put together solution, that nobody wants. That’s why we are staying here all night till it’s done”.

We settled at about 4am, which, as I recall, was an hour after I had first fallen asleep.

So guys, let’s give the poor hard working Government an easier life. Let’s get together and give them a solution which they can rubber stamp and we can all get on with our lives. 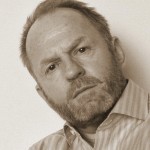