Andy Cullwick, head of marketing at First4Lawyers, on a new low for insurers following attempts by Admiral to gather more information about potential new customers on social media

When Admiral launched its firstcarquote app, billed as “insurance for the digital generation” targeting new drivers, it clearly didn’t expect the backlash it faced from so many quarters for connecting it to Facebook. For me, it marked a new low for the insurance industry and demonstrated its total arrogance in assuming that it could simply delve into people’s personal information.

Targeting young drivers seeking their first car insurance quote and linking the assessment of risk to their Facebook profiles, the underwriters wanted to use software to scan users’ Facebook accounts and use algorithms to pick out safe and risky words, with premiums being quoted accordingly.

Admiral needed the customer’s acceptance of terms and conditions to do this, of course, but this is the generation whose very existence is inextricably linked with social media, so naturally they would say yes.

Facebook rightly blocked Admiral’s access as a breach of the site’s privacy rules. We all know that the social media giant wants to keep data to itself, but that’s an entirely different discussion.

The galling thing is that insurers already have access to a whole raft of data that enables them to price insurance. They know the likelihood of certain age groups, professions, postcodes and cars that are likely to be involved in accidents, and with increasingly more sophisticated modelling, they can better assess risk anyway.

Further, the data that telematic black boxes produce isn’t always accurate so how reliable would Facebook metrics be? A recent Watchdog exposure highlighted the problems black boxes have caused for their drivers when one owner of a 15-year-old Skoda was supposedly doing 135mph despite the car having a top speed of 75mph and another drive was told they were clocked doing 70mph down a 50 yard street.

Insurers don’t need to know that someone likes certain bands, goes rock climbing at the weekend, has views on the new US president and takes photos of their breakfast, lunch and dinner. Yes, such information creates a better idea of that individual, but what would insurers do with the additional information once the information is reaped?

Would they keep it on file to use when cross-selling products, or worse still, pass that information on to third parties for them to sell products and services? We already know that motor accident information is passed on to rogue claims handling companies and have seen cold calls proliferate in recent years.

Insurers say they want this to stop, but potentially they would have found a new source of income by selling on people’s personal information in this way, had Facebook not stepped in to prevent them from doing so.

Article 8 of the European Convention on Human Rights enshrines the right to respect an individual’s private and family life. It’s not going too far to say that Admiral risked breaching this crucial protection and no doubt could have faced future claims when customers became aware of this.

Yes, people are posting content in public forums through social media anyway, but packaging this type of monitoring as “friendly and helpful” is overstepping the mark of personal liberty.

Very few of us would want to see insurers and other industries start to use social media in this way. Thankfully, Admiral was stopped.

It now has to go back to the drawing board, while customers need to be careful about what they are prepared to give up in return for the promise of cheaper premiums.

Andy Cullwick is head of marketing at First4Lawyers 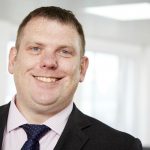