When someone has acted on investment advice from a professional and later discovered that returns were not as expected or predicted, they may seek redress. But time is against them, says Sarah Perry

Confidence in the financial sector continues to be undermined. And it’s easy to see why. Stories of poor investment advice costing pensioners their nest eggs, or the plight of celebrities embroiled in tax avoidance schemes challenged by HMRC continue to make the news

When someone pays for investment advice and follows it, only to discover sometime later that the advice was poor, wrong, or in some cases even fraudulent, then they can seek to recover their losses.

However, the time in which to bring a claim is limited. This can be a real problem, particularly where the advice was in relation to a pension, when it could be years before a problem is apparent.

In recent years there has been a sharp rise in claims against financial advisers and professionals, with the majority concerning financial investment mis-selling and tax avoidance schemes. The latter is a result of HMRC adopting a more aggressive approach to tax recovery. This is most evident where tax avoidance schemes are concerned, with the more ‘creative’ ones being challenged regularly.

Financial investment mis-selling claims typically arise when someone follows advice and invests in a fund, then having ridden out the tough times, finds that they can no longer contact the adviser. When they want to drawdown on their investment, they cannot, and panic ensues. Although uncommon, losses of this nature can be devastating, typically being linked to pension and retirement planning.

When money is lost with financial investments and it can be easily traced, the potential for a negligence claim can be identified very quickly. When a claim relates to a tax-planning scheme, it can be more difficult.

It can take years for a claim to materialise from HMRC following an open enquiry into a previous tax return. And it is not unusual for HMRC to investigate an individual’s tax affairs many years after they invested in the original scheme.

Regardless of the type of claim, the first step is to collate all communications, paperwork, emails, and any thing else involved in the advice and investment. This will help establish what someone was told by an adviser and the risk they were prepared to accept.

The courts recognise that parties are reviewing matters retrospectively, so clients have to establish what their thinking and plans were at the time of the advice and producing reference documents from the time will help.

In all financial negligence claims, what ‘Know Your Client’  work the adviser undertook is important. To ensure the advice offered was appropriate, there are some key things the adviser needs to understand:

Without a conversation addressing these points, a financial adviser will find it hard to justify the investment decisions that were made.

When agreeing to participate in a tax scheme, people must have been given the opportunity to make an informed decision about potential consequences, with the risks explained in detail and documentary evidence sent to – and kept – by the adviser’s client.

A claimant’s risk profile should also have been assessed to know whether it was appropriate to promote the scheme and again, if the advisor cannot show evidence of this assessment, it could be the basis for a claim in negligence.

A solicitor can request information from the adviser, but all investment documents that a claimant possesses should be chronologically ordered and given to a solicitor.

When a potential claimant suspects a significant sum of money has been lost or HMRC has served an Accelerated Payment Notice, Follower Notice or Demand for Payment, then they should contact a solicitor and discover if they have a potential claim for professional negligence.

Any claim must commence prior to the limitation date as set by the Limitation Act 1980. When time starts to run for each claim will vary, as will the length of time available to bring the claim, but generally, the starting point is six years from the breach of contract.

A provision that often applies in tax avoidance cases, due to the delay in HMRC bringing their claim, is three years from the date when someone is reasonably aware as to the potential for a claim against an adviser.

If someone suspects that they have a potential claim, they should seek expert legal advice before the six-year contractual period has passed, to ensure the claim does not expire.

If the limitation date is fast approaching, a solicitor has two options:

A solicitor will decide whether to pursue any claim through the Financial Ombudsman Service – if the claim is for less than £150,000 – or the Financial Services Compensation Scheme (which is appropriate if the adviser has ceased trading, depending on the position with ongoing insurance), or the courts.

When professional negligence proceedings commence, as part of the Professional Negligence Pre-Action Protocol, a solicitor will draft a Letter before Claim, which gives the adviser three months and three weeks to formally state their position.

The professional adviser will typically refer the dispute to their insurer, who will instruct solicitors to respond on their behalf.

If matters cannot be resolved during the Pre-Action Protocol period and no form of alternative dispute resolution can be agreed, then the solicitor will advise whether issuing proceedings is appropriate.

When proceedings are issued, the Court process takes over and parties must adhere to the timeframes imposed. Depending on the size of the dispute, once directions have been set a trial is likely to follow 9 to 24 months later.

Thanks to the sums likely to be involved in recent years, any dissatisfaction relating to investment returns is likely to lead to complaints, which will undoubtedly lead to action.

If someone follows investment advice from professionals, it is important to look out for warning signs something is wrong and act quickly to reduce losses.

However, most investors are not compensated for their losses because they never make a claim, or wait too long before talking to a solicitor. 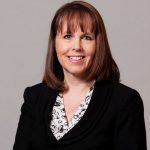