The MedCo board has announced a change in structure with the appointment of Martin Heskins as executive chair.

Heskins (pictured below), who was formerly the general manager of the medical report sourcing portal, replaces Lorraine Rogerson and now has responsibility for leadership and strategic direction. 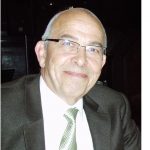 MedCo said that Rogerson had opted to step down as independent chair in December 2016, having completed “a successful and dynamic” two year tenure to include the launch of MedCo and implementation of the revised Qualifying Criteria, which were published by the the Ministry of Justice in October last year.

“The board thanks Lorraine for her significant contribution and guidance in decision making over the past two years,” it said in a statement.

Leigh Evans has also been appointed to oversee operations with responsibility for system functionality and user experience. Evans will support and report to the board and adopt the full-time role in his capacity at the Motor Insurers’ Bureau [MIB], which has always had a board representative on MedCo.

Changes to the portal’s user agreement will also take place this year and become effective from 6 April 2017.

Users are required to accept the new terms before 6 April and MedCo will inform users when the new “click to accept” function is available. Copies of the revised User Agreements can be found here.

Users have been told that they should familiarise themselves with the new agreements and should note that there have been some minor amendments to the previously published drafts. MedCo has also drawn users’ attention to the MoJ Revised Statement on Direct Financial Links which can be found here.