Steve Parry has been named as the new director of claims for Europe, Eurasia and Africa at Chubb.

The former claims director for the UK and Ireland at the property and casualty insurer will have overall responsibility for strategy and delivery of the company’s claims service in the regions he now manages. Parry succeeds Peter Murray who, after a distinguished 40-year career in the insurance industry, will retire this year.

Parry (pictured below) has over 30 years of insurance industry experience, of which the last ten have been with Chubb. He served as head of UK and Ireland claims from 2012 to 2016 and joined the company in 2006 as head of property, energy and technical lines claims for Europe. He previously held a range of claims management positions at AIG Europe.

Continuing to be based in London, he will report to Jalil Rehman, chief business operations officer and executive vice president Europe.

Andrew Kendrick, regional president, Europe at Chubb, said: “Steve’s breadth and depth of experience and his proven leadership of the claims function in our biggest European market position him perfectly for this important role as we continue to build a market-leading claims proposition to support the future needs of our clients and partners.”

Kendrick also praised Parry’s predecessor, saying: “Over the past two decades, Peter has been a trusted, dependable and astute partner to me, to our boards and executive team, and to the whole company. He leaves with my sincere thanks for an outstanding contribution to the organisation and very best wishes for his retirement.” 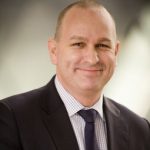