That increase followed on the watershed moment in PI claims in April 1999, when claims funding moved from Legal Aid to Conditional Fee Agreements. This made claims dramatically more profitable for claims service providers and sparked exponential growth in the claims industry.

But that growth has come at a dramatic estimated cost of £1 billion to society as a whole. The problem of how to tackle that cost, and the issue of Britain becoming the whiplash capital of the world – as some MPs have described it – has become an increasingly thorny question for Government in recent years.

In November 2016, the Government launched a public consultation specifically to address how to “disincentivise” minor, exaggerated and fraudulent claims. The wording of the consultation strongly suggested that the Government had come to regard the dramatic rise in whiplash claims as the result of a claims culture and an industry fuelled by aggressive marketing, rather than as a symptom of increasing numbers of injuries or improved awareness about rights to compensation.

Three months on from that consultation, in February 2017, the Government unveiled a new package of proposals in the form of the Prisons & Courts Bill.

There were two key strands to the measures outlined in the Bill. Having opted not to remove the entitlement to damages altogether, the Government proposed steps to reduce the value of compensation for RTA-related soft tissue injuries lasting less than two years, through the introduction of a tariff system to cap damages. It also proposed rule changes to ensure that compensation is only paid out where a medical report has been provided as proof of injury. That combination of measures was seen by many as an attempt to reduce the financial incentive to bring such claims and to ensure that they are properly scrutinised.

The proposed tariffs signalled a significant decrease in the levels compensation for affected claims, particularly at the lower end.

The second strand of the proposed measures was directly focused on costs and representation.

The Government proposals aimed to move significant numbers of claims into the small claims track (SCT), where the legal costs of claims are not recoverable by adjusting the financial threshold for the classification of such claims. The proposal was that the SCT limit would be moved from £1,000 to £5,000 for RTA personal injury claims, and to £2,000 for other types of personal injury claim.

A secondary outcome would be an inevitable reduction in the number of claims where claimants would be represented by claims service providers. The substantial industry that has grown up around claims would be denied the ability to continue to profit from whiplash claims unless they could persuade a reduced pool of claimants to cut them a slice of their already reduced damages.

The Government estimated that its proposed reforms will cut car insurance premiums by an average of £40 for motorists in England and Wales, leading consumer groups and motoring associations to welcome the Bill.

However, others were far less welcoming of the proposals, ostensibly out of concern that injured individuals would be left without compensation or legal representation to assist in recovering that compensation. In other cases, no doubt, objections arose from a fear that a radically altered personal injury claims market would no longer fit with a particular business model.

However, the key proposals set out within it are now to be resurrected in the Civil Liability Bill, which the new Government wasted no time in introducing through the Queen’s Speech on 21 June 2017.

While the draft bill is yet to be released, it is reported that it will re-introduce the tariff system for personal injury claims and the ban on settling claims without medical reports. The expectation is that, as before, those changes will come in alongside a variation of the SCT limit. The debate over the reforms has been reignited, if indeed it ever went away.

Those lobbying against the reforms have argued that proposals to raise the SCT limit to £5,000 for RTA cases goes too far and will cause up to 600,000 people a year to miss out on compensation. One of the counter proposals put forward is an alternative threshold of £2,000, in line with that proposed for non-RTA cases.

However, the claim that 600,000 people a year may miss out on compensation as a result of the limit increasing to £5,000 is an overstatement.

No one who has sustained injury as a result of a tortious act is prevented from claiming damages as a result of these reforms, since the Government has consciously stopped short of removing the right to compensation for whiplash or other injuries altogether.

The impact of the reforms will not be to deny individuals their entitlement to compensation. In reality, it is highly likely that a good proportion of those 600,000 claims will still be made. However, when considering the merits of such alternative proposals, it is important to look beyond the figures and instead consider how well they would meet the Government’s stated goals.

Fundamentally, reducing the total claims bill is only half the equation. The Government is also actively looking to reduce the number of claims made, and this is where alternative proposals such as this fall down.

From the perspective of insurers, the Civil Liability Bill has been largely welcomed as an indicator of continuing momentum behind the reforms, with the reforms themselves certainly having the potential to bring down indemnity spend. However, those reforms are also likely to demand operational changes that mean that it will not all be plain sailing for the insurance industry.

The reforms, if passed, mean insurers are likely to see a significant increase in claimants pursuing claims without the benefit of legal representation, as litigants in person (LIPs). Handling claims brought by LIPs generally means more work for insurer claims handlers as a result of having to deal with individuals who are unfamiliar with the process of bringing a claim. That has the potential to increase claims lifecycles.

The potential for an increase in LIPs has not been overlooked.

The Association of British Insurers has already created and issued guidance for handling claims from LIPs. Some insurers have also taken steps to adapt their processes. There is a clear recognition of the need to ensure that such claims are dealt with transparently, expeditiously and fairly.

An influx of LIPs may result in a change in the dynamics of traditional claims handling, with a shift towards something more akin to a customer service approach than the traditional adversarial model. Once an insurer is satisfied that it is liable and the emphasis switches to driving an expeditious outcome, claims handlers will likely have to become more proactive in guiding claimants towards proper quantification of their claims, rather than being presented with a valuation that they then have to scrutinise.

A rise in LIPs is also likely to alter how insurers monitor for potential fraud.

Claims being presented to insurers by claimants first hand may well allow insurers to analyse the validity of those claims more rapidly, which could act to the benefit of genuine claimants.

The proposed reforms, in particular the reduced revenues from fixed fees, may also lead to further consolidation within the claimant legal services market. Those with more agile and optimised operations will inevitably be best placed to adapt to the changes in process but there will be a renewed emphasis on economies of scale and recognition that larger firms are likely to have a competitive advantage.

On a similar theme, the reforms are also perceived by many to represent an opportunity for Claims Management Companies (CMCs) to increase their market share.

The incremental drive towards a process-driven approach has benefited CMCs in the past and historically they have had the competitive advantage of being less heavily regulated than traditional law firms. However, the proposed transfer of regulatory oversight of CMCs to the Financial Conduct Authority (FCA), as outlined in the Financial Guidance & Claims Bill, is likely to continue to erode that disparity in regulation and perhaps drive a more level playing field.

Such regulation is obviously also intended to benefit claimants themselves and there are many who feel that it should be extended to include credit hire organisations, rehabilitation providers and medical reporting agencies.

A lot of change, then, in a sector that has not stood still for a very long time. Are these reforms likely to pave the way for a period of pause and consolidation? Ultimately, that is likely to depend on how effective they prove in meeting the Government’s stated aims.

Issues such as Insurance Premium Tax and changes to the discount rate have the ability to erode the potential savings to insurers meaning that insurers are unable to pass on significant savings to their policyholders. We therefore welcome the Government’s review into the Discount Rate as well as the reforms that are currently on the table. Together, they represent an opportunity to turn the tide of rising premiums for motorists, and rising claims values for insurers.

However, with the net effect of all those different factors being very much unknown, it certainly shouldn’t be presumed that the Civil Liability Bill represent the Government’s last word in civil process reform. 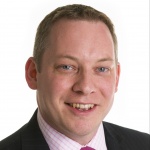