An increase in rogue traders carrying out unethical drainage repairs is leaving many property claimants with major costs that they cannot claim back from their insurers.

DASA, the drainage repair and leak detection service, has said that it has become aware of a growing number of suspect repairers who are charging people extortionate amounts of money that they know their insurer will never repay.

The company says that there have been number of instances where customers have experienced a drainage issue or leak at their property and have approached a company who purport to be drainage specialists instead of calling their insurer directly. The suspect repairers then specifically advise customers that they should not contact their insurer until completion, fooling policyholders into believing that they will have their costs fully reimbursed. Some have been reported to be charging rates that are over 750% inflated above industry levels.

DASA is working with local councils and trading standards officers where possible and is currently assisting with a number of instances of legal action being brought against the culprits. DASA believes that customers need to be better informed about the importance of reporting claims and using their insurer as a trusted advisor when an issue does occur at their property.

“Insurance companies will of course pay fair and true costs, however this exploitation of the customer by certain outfits has resulted in several policy holders losing thousands of pounds,” said DASA’s operations director Andrew Greatorex (pictured below).

“One particular customer was charged over £5,000 for a day’s work which should have equated to under £500.”

“Customer care advisors are having to explain to policy holders – many of whom are vulnerable – that the work carried out by these companies are – in many cases – not solving the issue they had and, in addition to them not recouping the thousands of pounds they have already spent, they now need additional work to correct the poor work which has been done,” added Greatorex. 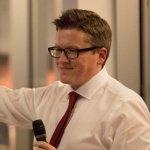