Every week at ERS, its dedicated agri specialist team learns something new about the unique and surprising world of UK agriculture. Insurers operating in this sector face unexpected challenges on a regular basis, simply because the nature of farmer’s work and the needs of brokers that support them can be wildly unpredictable.

1) If you want something done properly

“The first thing to remember about agri insurance is that, unlike many other sectors, the end customer knows far more about the machinery and vehicles they’re using than you do,” explains Llewelyn.

“This is great when trying to get a claim processed quickly, but not so great when it transpires they’ve attempted to fix a hugely complex and costly piece of equipment themselves—or indeed, that the machinery currently in disrepair has previously been ‘patched up’ by the farmer on numerous prior occasions without the insurer ever knowing.”

In fairness though, this isn’t just a case of farmers thinking they know best. It’s about understanding a time-poor, extremely hard-working customer who simply cannot afford to wait a week for their insurer to get an engineer sent out.

“Speed of response is critical in this sector,” notes Hay. “We don’t want farmers fixing their own equipment because it’s dangerous and contravenes their insurance policies—but to avoid this happening, we have to be capable of moving at the pace they require.”

2) Walking off with the farmer’s legs

While this isn’t particularly uncommon within agriculture, it is surprising in the sense that few other sectors place such a huge reliance on the use of quad bikes. 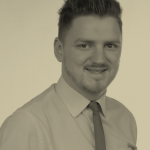 Andrew Hay is a motor claims partner at Lycetts

As Hay explains: “Quad bikes really do serve as a farmer’s legs—the ultimate on-site time-saver. Unfortunately, quad bike theft is one of the biggest incidences of rural crime that we come across: a farmer using their quad bike to drive to a field miles from the main farm, hops on the tractor to tend to the day’s business and returns to find the bike has gone. Quad bike keys and immobilisers aren’t sophisticated—they’re an easy target for opportunistic rural thieves, and leave the farmer facing both an urgent call to their broker as well as a long walk home.”

“Sadly, a small minority of people will steal anything if they can,” explains Llewelyn. Quad bikes and all-terrain vehicles (ATVs) might be low-hanging fruit for thieves, but farmers can’t afford to take risks on vehicle security, irrespective of how remote their farm might feel.

Llewelyn says: “4x4s, cars and vans regularly disappear while farmers are pre-occupied elsewhere on their property, and we’ve even dealt with claims for horseboxes that have been randomly swiped—a sizeable loss and inconvenience for all concerned.”

4) It must’ve been something I ate

Agriculture machines have a tendency to ingest more than they should, leading to ingestion damage—from stones being sucked up to overhead cable insulate making its way into a machine’s innards.

“Machinery is rapidly evolving to tackle the problem of unwanted ingestion, which can vary greatly depending on the terrain or type of produce being cultivated,” says Hay.

“For example, a lot of manufacturers have invested in stone detection technologies that flag the issue as soon as it occurs. However, most customers aren’t going to replace expensive machinery until it actually breaks down, so it’ll be some time before we see this technology commonly used across the sector.”

“While this can be a difficult problem to avoid, it is advisable to undertake some regular checks. Steps such as frequently clearing the so-called ‘chaff’ that these machines gather—which can exacerbate the problem—are good practice measures to help minimise damage or exposure.

5) Sending equipment to a watery grave 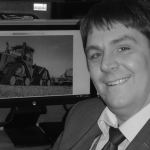 Dai Llewellyn is an agri claims operations manager at ERS

“Watering crops can be a gruelling and time-consuming business,” says Llewelyn. “We’ve had several instances where the watering butt on the back of the tractor has become dislodged. This isn’t like dropping your garden watering can—these butts are phenomenally expensive and heavy, and if they come loose, can severely damage the vehicle they’re attached to.”

“Checking any attachments on the front or rear are secured properly (particularly those carrying heavy materials like water and hay) only takes a few moments but can prevent disruption to the job at hand or damage to the vehicle. ”

“Many farmers play an important role in their communities far beyond the produce they provide and deliver,” says Hay. They’re often employed by councils to tend to common land, cut hedges and generally ensure that the local environment is as hospitable and pleasant as possible.

“However, if farmers aren’t absolutely clear on the location of every last power line or cable, problems will invariably occur,” Hay continues. “From communications outages to power cuts, we receive a handful of claims every year from worried customers whose vehicles have accidentally severed vital cables or wiring whilst undertaking this maintenance.”

“While steps such as checking proximity of telegraph poles to areas being cut for any hidden wiring can help, such incidents are unfortunately a hazard of the job, which is why this type event is covered by farmer’s third party motor insurance cover. In such cases we will always act quickly to ensure any wider disruption is kept to an absolute minimum.”

Not for the faint of heart, ERS’s agri team has previously had to deal with grisly tales of rat infestation within vital farming machinery.

As Llewelyn explains: “Farmers sometimes run out of time or forget to remove the horse manure they’ve been collecting or distributing via their tractor. If left unattended for too long then they’ll inadvertently have created a rats’ playtime paradise that can quickly damage their equipment as the unwelcome visitors start to amass.”

Pied Pipers are in short supply these days (they can also be tricky and unpredictable negotiators in the event of payment disputes), so it’s left to brokers such as Lycetts and their insurance partners to ensure that the rats are evacuated, and the equipment can be hastily restored.

While cows might all-too-often miss out on the accolade of ‘man’s best friend’, rarely are they viewed as a possible foe.

Yet as Llewelyn explains: “We’ve seen two instances of random cow attacks in the past 12 months. Vehicles are driven into the fields to sort out a feed but the cows have accidentally been provoked, or become over-excited, and have ended up rounding upon the vehicles and the beleaguered inhabitants.”

Hay goes even further and notes: “We once heard a report of a bull breaking into a farmer’s car and climbing into the passenger seat, causing it to roll down a hill and hit a tree.”

“It might sound hyperbolic,” adds Llewelyn, “But we’ve had plenty of first-hand evidence that a cow can write off a Land Rover!”

One less thing to worry about

Farmers typically tend to their vehicles and equipment with diligence and care—their livelihoods depend upon it, after all. However, the reality is that no matter what they do, machines will break down at some point in time.

ERS is in regular conversation with agriculture equipment manufacturers to better understand the limitations of their farming machinery and the best ways to stave off the inevitable when it comes to older equipment in the field.

Ultimately though, ERS’s first responsibility is to brokers such as Lycetts and their customers—helping them through the claims process with attention and speed to put their minds at ease, however peculiar the mishap.

As Hay summarises: “The creation of ERS’s dedicated agri team across all operations has made a significant difference. And while its claims handlers may sound as baffled as me at times when discussing the stranger circumstances, I have a fantastic relationship with the team and speak to them pretty much every day.”

Andrew Hay is a motor claims partner at Lycetts; Dai Llewellyn is an agri claims operations manager at ERS