We are now a tantalising step closer to implementing measures sorely needed to reduce one of the burdens of increasing spending on clinical negligence claims, says Laurence Besemer of FOIL

The government’s announcement that a group of representatives from all sides of the debate will form a working party to engage in work, including drawing up a structure for fixed recoverable costs, is extremely good news. We are now a tantalising step closer to implementing measures sorely needed to reduce one of the burdens of increasing spending on clinical negligence claims, that is, claimant legal costs, which have increased substantially in recent years.

To put that claim into context, in September 2017, the National Audit Office (NAO) reported that in the 10 years between 2006/07 and 2016/17, the overall cost of claims increased more than fourfold. Claimant legal costs accounted for 21% of that increase, rising by 533% from £77 million to £487 million. The same report stated that, in 2016/17, claimant legal costs exceeded damages awarded in 61% of claims. 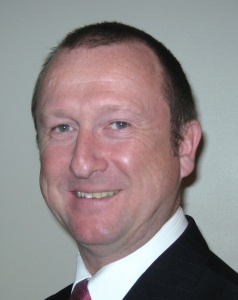 Laurence Besemer is CEO of the Forum of Insurance Lawyers (FOIL)

The 2016/17 NHS Resolution annual report and accounts also reflect that picture with reference to the last two years from 2015/16 to 2016/17. During that period, claimant legal costs have increased by 19%, and in 2016/17, claimant legal costs accounted for 29% of the total cost of clinical negligence payments (by contrast, defence costs account for 7%). The NAO report indicates that in 2016/17 claims with a value of up to £250,000 accounted for 63% of all the legal costs of claimants, but only 17% of all the damages awarded.

Claimant firms will no doubt argue that they have merely been complying and acting within the various legislative and other changes that have taken place over the last 15 years.

While the intention for the time-being is to fix costs only for claims valued at up to £25,000, this is a small but positive move forward in a debate which has raged for a number of years and one which, we feared, would drag on for many more. If we can achieve a workable process with accompanying costs at a proportionate level for the value of the claim, there is hope that this will strengthen the case for doing likewise with higher value claims in the future.

The tight timescale for the working group to report, by September 2018, underscores the government’s insistence on making inroads into this area. While the greatest difficulty will undoubtedly be reaching a consensus on the level of fixed costs, we do at least have a useful starting point in the form of Professor Paul Fenn’s analysis of the average actual base costs of a clinical negligence claim at under £25,000, and proposed table of costs, based on this.

There is much work to be done in the coming months, but the Forum of Insurance Lawyers (FOIL) is hopeful that we have reached a point at which all sides appreciate the need for a pragmatic solution in this area. Fixed recoverable costs are an essential step on the road to limiting excessive costs in low-value clinical negligence claims and, ultimately, achieving the end goal of preserving funds for front-line NHS services. We look forward to working with other stakeholders as part of the Civil Justice Council working group.