Association of British Insurers (ABI) data show claims professionals dealt with 934,000 claims on home insurance policies in 2019—pretty much on par with the previous two years. Data reported up to the end of September 2020 show a similar picture, with no significant uptick in accidental damage claims recorded. However, after stabilising for a number of years, the value of claims fraud the domestic property insurance market experienced rose by close to 14% in 2019. There were also 2,800 cases of confirmed application fraud.

The tools to identify claims fraud have evolved as fast as the tactics used by fraudsters but granular data shared by the market on past claims could help the market step up its fight.

Currently, insurance providers have limited capability to understand how a new claim looks in the context of any past claims, unless they have retained that customer over a number of years.  Use of third-party claims data prior to a claim being made has been limited to confirmation of the claim and the date it occurred. In addition, the use of claims data at point of quote has been dependent on customer declarations. This leaves important gaps in knowledge that become chasms when it comes to fraudsters claiming on multiple policies across multiple lines of business.

If you could see that an individual had a £3,000 accidental damage claim with each of their last four insurance providers when they submit their fifth claim with you, it is possible you would suspect fraud rather than simply bad luck. If you could see that they also had a series of motor claims during the same period, the understanding of the fraud risk for that individual becomes much clearer.

It is this vital intelligence that we hope to deliver through the creation of a market-wide claims contributory database for home, followed by motor and commercial. LexisNexis Precision Claims for Home will deliver highly granular data to contributors on claims circumstances and settlements for home insurance claims going back seven years. Then, as we begin to build our motor claims database, it will become possible to gain a holistic view of a person’s claims history across business lines.

The home claims database will bring the ability to match up multiple claims made by the same individual supporting the fight against application fraud, helping to fill in any deliberate or inadvertent blanks in claims declarations. The benefit of this insight at application and quote is clear from a pre-pandemic study that found 66% of home-owners and renters thought it was ‘somewhat’ or ‘completely’ acceptable to manipulate information given to price comparison websites to get a lower quote. This was particularly prominent among those who have filed a claim in the past and have seen their premium increase.

It is little wonder that interest in claims data has been increasing. The findings from our LexisNexis Risk Solutions Home Insurers Study, surveying 77 leading insurers on their attitudes to current and future potential data sources, pointed to the notion that claims data is considered to offer the strongest value for the future.

LexisNexis Precision Claims for Home is going to play a key part in that, supplying data in three main categories—person claims history, property claims history, and person and property claims combined—as one of the basis for building a faster, more seamless quote and claims experience, and as one method to boost fraud detection. With reports of accidental damage claims showing an uptick for 2021, there is no time like the present to get on board. 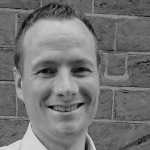