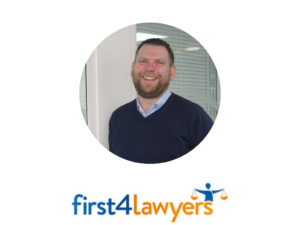 Andy Cullwick is head of marketing at First4Lawyers

It’s rare to find a business these days that doesn’t have a social media presence.

When it’s done well, that is.

Posting about a product or service is one thing but effectively handling complaints that come via these channels is where many businesses invariably let themselves down.

Could that be why social media and live chat came last in our recent poll on how consumers preferred to communicate?

And with its popularity showing no signs of waning anytime soon, do you need to up your game?

One size doesn’t fit all

More than 500 people took part in a recent poll of our own LinkedIn and Twitter audience to find out how they liked businesses to deal with questions or complaints.

Clearly not everyone is on or wants to communicate via social media, but for those who do it’s important you get it right or the ramifications could be severe.

Social media is a very large and a very public platform and negative posts about your business could follow you around for years to come.

Live chat is not without its issues, particularly when managed by a robot rather than a human being that can leave you going round in circles. Bots have their place—we use them to capture any inquiries we may receive in the middle of the night—but within working hours our live chat is manned by the same trained advisers who answer our phones.

Crucially, ensure you have got the processes in place to communicate with consumers in whatever way they want.

In my experience, one of the biggest issues in many businesses is that there tends to be multiple colleagues contributing to social media so, when a complaint comes in, there is no one person taking ownership.

The immediacy of social media gives the impression that someone will always be ‘there’, waiting to come straight back with a response.

But either they’re left waiting or it’s forgotten about. Even dealing with it often just means kicking it down the road to whatever complaints department the poster probably would have ended up speaking to earlier if they hadn’t gone down the social media route first.

Make sure you assign responsibility for monitoring your accounts at all times and respond swiftly to any questions or concerns, if only to try and move the conversation onto email or a call. Even if you haven’t got all the answers to resolve the issue there and then, most people will respond positively to the fact that they are at least speaking to someone who is going to try.

In our latest whitepaper, Making Your Customers Happy, we asked law firms how they responded to customers on online review sites such as Trustpilot and ReviewSolicitors, which have seen a huge surge in popularity in recent years.

Less than a quarter (24%) consistently replied to every review, with most responding only on an ad-hoc basis and some only to positive comments.

The same rule that applies here applies to social media. Too often businesses think if they ignore something it will go away, but your silence speaks volumes.

“However, the way that you deal with a negative response speaks volumes about the business and can actually have more impact on potential clients than reading positive reviews.”

In the end, it comes down to common sense. Most consumers, even those who are unhappy with the service received, simply want to be heard and to have an open and honest conversation about what went wrong and what can be done to resolve it.

Manage their expectations but treat them with respect, just as you or I would expect to be treated in their position.