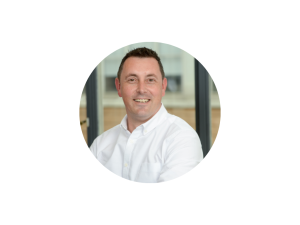 Ben Parsons is head of digital for casualty at Clyde & Co

For years, motor insurers have struggled to capture all the relevant data from claims paperwork. But now a new approach using AI is paying dividends

Back in the day when social media and tech giants were not viewed with quite such skepticism, people warmed to Google’s ambition of organising the world’s information into a form that was both accessible and useful. The challenge, of course, was how to digitise the world. How to capture petabytes of data and convert them into something algorithms could crunch upon? Because no matter how difficult that process, the prize was worth it.

Fast forward two decades and the motor insurance market is experiencing its own Google moment. Insurers with an eye on costs and fraud prevention have seized on the importance of data collection and manipulation as means of increasing efficiency. Today, RFIPs sent to law firms by motor insurers regularly contain requests for digital-based services and innovative approaches. In a class like motor, characterised by high volumes of relatively low-cost claims, comprehensive data capture and analysis are the answers to many of the challenges facing the sector.

The real hurdle, though, is the same one Google faced: how to capture the data necessary to feed into motor insurers’ systems and to allow law firms like ours to flag claims of a potentially fraudulent nature.

The claim notification form is the beginning of any motor claim. It’s the first piece of paperwork any claims team receives and the first opportunity to capture data. How ironic, then, that it is one of the most difficult forms for OCRs to deal with.

Insurers and law firms for the most part use optical character recognition (OCR) to scan and ‘read’ documents. The basic process of OCR involves examining the text of a document and translating the characters into code that can be used for data processing. The problem is that a claim notification form is heavily dominated by tick boxes—and most OCRs struggle to read and understand tick boxes.

The tick boxes also expose one of the underlying challenges for OCR. Different models of OCR readers exist, some more effective than others. But once the OCR reader has scanned a page, the system has to be able to ‘understand’ the text it has read. Traditionally, this has been accomplished by telling the OCR reader that when it scans box A, the information contained in box A will, for example, be a date of birth. The OCR reader, therefore knows how to process the eight digits and two slashes it finds in box A. This is known as a templated approach. But it’s an approach with limitations.

What if the claimant fills in the wrong information? Or what if the design of the form is changed? Even worse, what if it’s not characters that the OCR is being asked to read but rather some form of tick? Everything can come to a grinding halt.

But there is another way, the motor market is discovering. A new approach to the use of OCRs is being pioneered, which pairs the OCR with genuine artificial intelligence (AI). Rather than teaching the OCR what information is contained within which box, what if the OCR could simply read the entire page and then process the data in order to understand the entire document? This is the approach we’re taking at Clyde & Co. By combining the OCR with natural language processing, the system is able to read an entire page and understand the context in which data appears. So it doesn’t just read the data in box A, it reads the entire page and then picks out relevant data or suggests what it believes to be relevant.

The other significant development created by this type of contextualised reading is that the reader does not need to be ‘trained’ to the same degree: it has the ability to learn by itself and through both negative and positive reinforcement. When it’s told whether it was right or wrong in its suggestion, the system learns either way.

While, on the face of it, the pros and cons of these two forms of data capture may not seem transformational, the contextualised approach could be hugely significant for motor insurers. Imagine a motor insurer’s claims team handing over hard copy documents that can then be ‘read’ so that all relevant data can be harvested, stored and analysed. The implications for this in terms of identifying fraud are huge. Where once it might have taken hours of manual analysis to identify discrepancies in statements that could indicate a staged accident, now the OCR and AI can do the same in seconds—and create warning flags that can be applied to other claims. Further, a dynamic system like that is likely to find hidden flags that previously have gone undetected by the industry to help shape our understanding of how traditional fraud indicators are evolving in real time.

Perhaps most importantly for motor insurers, the new breed of OCR can be taught to read ticks in tick boxes, thus rendering the claim notification form comprehensible to the system. This advance alone will open up tremendous possibilities for motor insurers’ claims teams.

The pairing of AI and OCRs is helping motor insurers address their Google-shaped problem. For the law firms that assist them, the race is now on to see just how much benefits more this technological double-act can deliver.