You’re in for an absolute treat 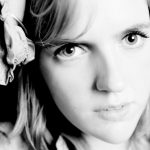 Holly Walsh is a comedy performer and writer, known best for her work on both TV and radio. Her lateral-thinking gags and offbeat stage presence combine to form a unique and intensely funny act.

Holly has won herself plaudits a-plenty. As a 2006 finalist in the annual stand-up comedy competitions, Hackney Empire New Act of the Year, and So You Think You’re Funny?, Holly went on to win the Chortle Awards’s Best Newcomer award in 2008. Holly co-hosted the 2009 Amused Moose Laugh Off with Jack Whitehall.

After reading art history at Cambridge University, Holly went on to work in the art world in small, contemporary art galleries in East London. While working in galleries, she attended comedy writing evening classes, including Stand Up And Deliver, and ended up writing for Jo Caulfield’s radio show, It’s That Jo Caulfield Again, on BBC Radio 4.

In 2006, Holly switched to comedy full-time, retiring from the art world. She immediately started to win people over, including Frank Skinner, who asked her to work on a pilot TV project, Frank Skinner’s Skateboarding Dog. She continued to write for various TV and radio shows, including The Charlotte Church Show (Channel 4), That Mitchell and Webb Sound and The News Quiz.

Holly has appeared as a panellist on shows such as 8 out of 10 Cats, Would I Lie to You, and Mock The Week.