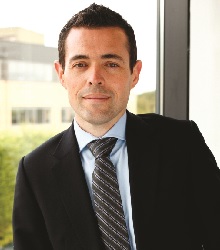 Using cutting-edge technology, the IFB analyses a consolidated dataset of 130 million insurance records to identify networks of organised fraud that insurers alone could not uncover. Combined with various sources of intelligence obtained through partnerships with law enforcement, government and public sector organisations, the IFB is the industry’s central hub in the fight against organised fraud.

Prior to joining the IFB in 2007, Ben worked in a variety of counter-fraud roles within the insurance industry, setting up and managing fraud teams.