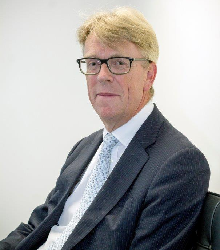 A chartered loss adjuster and chartered insurer, Jonathan has more than 35 years of claims handling experience. He has dealt with claims in more than 50 countries and has worked with many of the world’s largest corporations on their claims programmes. He has designed and implemented claims compensation schemes for governmental bodies and was claims director of the Financial Services Compensation scheme from 2007 to 2009.

After a lengthy career at executive level in the world’s largest claims adjusting firms, he joined SCOR in 2013 as head of claims in London. Jonathan is now Global Head of Claims for Business Solutions within SCOR Global P&C.

Jonathan holds degrees in biochemistry and biochemical engineering from Oxford and London universities. Hobbies include music and sailing in which he has been a member of the British Sailing team as well as a regular columnist for a leading magazine.