The Government has unveiled plans to tackle what it calls the “unacceptable” claims culture that has seen an exponential rise in the number of whiplash claims made by motorists in England and Wales. Though this is good news for insurers, they will be disheartened a further increase to the insurance premium tax in last week’s Autumn Statement.

The Ministry of Justice has put into motion a clampdown – which was first signalled by George Osborne in his 2015 Autumn Statement ­– launching a consultation on proposals to reduce the number of whiplash claims. The consultation paper outlines plans to scrap the right to compensation, or put a cap on the number of people who can claim for minor whiplash injuries. In explaining the consultation, Elizabeth Truss, the Justice Secretary, said that “some have exploited a rampant compensation culture driving up costs for millions of law-abiding motorists”. Capping compensation would see the average payout cut from £1,850 to a maximum amount of £425.

Under the proposals, compensation would only be paid out if a medical report was provided as proof of injury. Despite a fall in the number of accidents and the fact that the UK has some of the safest roads in Europe, whiplash claims are 50% higher than a decade ago. According to the ABI, there are more than 1,500 whiplash claims recorded every day in the UK alone. Aviva has estimated that this costs British motorists £2.5 billion a year. There is also a market for organised crash for cash claimants – Aviva detected more than 3,000 of them last year. Fraud rings stage accidents, or worse, deliberately target innocent drivers to claim compensation.

Echoing the Justice Secretary’s sentiment, Economic Secretary, Simon Kirby said: “One whiplash claim is paid out every 60 seconds and it is unacceptable that responsible motorists have to pick up the tab. We are tackling the incentives which have created this compensation culture so that all drivers can save money on their motor insurance policies.”

While insurers have pledged to pass on any savings derived from the Government’s proposals to drivers, it remains to be seen just how effective the proposals will be. This is not the first time that the Government has tried to crack down on fraudulent claims. Under the Legal Aid, Sentencing and Punishment of Offenders Act 2012, so-called “no win, no fee” legal actions were curtailed and referral fees were banned. Although whiplash claims fell by 19%, the legislation failed to tackle the compensation culture once and for all.

What does the consultation mean for industry and how can technology enable?

The consultation, which runs until 6 January next year, will shine a light on the crash for cash epidemic and hopefully put a stop to the nuisance calls received by British consumers encouraging them to make claims.

It demonstrates a clear acknowledgement from Government of the severity of the issue and will serve to generate further debate within the industry about tackling the issue. From our conversations with the industry, the recommendations from the consultation are definitely a step in the right direction, but some might need closer assessment. The potential need for medical proof of an injury is a contentious suggestion, especially for cases of whiplash, as it is very difficult for doctors and medical professionals to accurately diagnose the likelihood and severity. They usually have to make their diagnosis based on what the patient tells them and what their symptoms are, making it easier for the patient to make a fraudulent whiplash claim.

The capping of compensation is certainly a sensible move and will allow insurers to forecast risk better, plan further ahead and ultimately offer cheaper insurance premiums to drivers. With telematics, that compensation level will also be more transparent as there will be data behind the severity of the potential injury.

Tackling the compensation culture definitively will require a broader cultural change, but technology can also go some way to ensuring consumers can make genuine claims more easily. Advances are also enabling insurers to process and analyse claims more quickly and transparently through a number of new telematics technologies.

There is a growing awareness that telematics technology can be used beyond simply monitoring driver behaviour. It can be used in a number of areas, including claims management support and, crucially, fraud detection.

Catching out the fraudsters

The market has evolved considerably in the last five years and a number of new technologies are becoming more widespread, protecting consumers and reducing rates of fraud. Dash cams are a good example of this. A growing number of drivers use them to support a claim and prove liability after an accident. Sales were up 918% between 2014 and 2015 as more and more insurers began accepting dash cam footage as evidence of an accident. Dash cams are now another tool that insurers can use in the fight against the crash for cash epidemic.

However, telematics technology is also key, be it through an on-board device or an installed black box gives insurers a full and accurate picture of what happened after an accident. The devices of which over half a million are active in the UK, can track speed and manoeuvering, as well as impact zone and force, pointing to possible culpability in the event of an accident.

For doctors, it is difficult to prove objectively whether the patient actually has a whiplash damage or not. Most telematics technologies are so sophisticated that they can predict likelihood of passenger injuries and calculate the likely damage done to the vehicle, potentially throwing bogus and exaggerated claims such as whiplash into question.

Embracing these technologies and others like them helps insurers to form a full and accurate picture of an accident, catching fraudsters and passing on to drivers the savings made by an inevitably more efficient claims handling process.

At Scope we have also developed Virtual Reality technology designed to revolutionise how claims are processed through accident reconstruction. Claims can now be settled much faster, benefiting both the driver and insurer. Loss adjustors using Scope’s technology will be able to reconstruct an accident in 4D using telematics driving data from the black box or on board device (OBD) installed into a growing number of cars or HGVs. 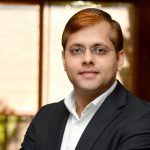