A National Patient Safety Investigation into the maternity services at Nottingham University Hospital NHS Trust (NUH) has concluded that the death of Baby Harriet Hawkins was “almost certainly preventable”.

The investigation identified 13 significant care and service delivery problems before and after Baby Harriet’s death. Her parents have had to wait more than 18 months for the Root Cause Analysis Investigation Report to be released.

Switalskis Solicitors, which is representing Baby Harriet’s parents, Jack and Sarah Hawkins, said the report is “a damning indictment not only of the trust’s failings in the maternity care given to Sarah, but also the failings in care after Baby Harriet’s death and by the lack of openness and candour with Sarah and Jack who were simply trying to find out why their much-loved baby daughter had died”.

Baby Harriet was born dead at Nottingham City Hospital on 17 April 2016, but she was not the first to die. There have been several of such deaths before hers, and several since.

Following pressure by Baby Harriet’s parents on the NUH, it was admitted to them that between April 2014 and February 2017, 35 babies died who were over 37 weeks gestation. 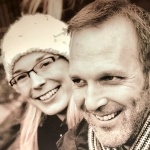 They also discovered that since March 2015—and contrary to standard practice—the trust had not conducted Serious Untoward Incident investigations into any of these deaths.

The family’s lawyer, Switalskis director and head of clinical negligence (Sheffield) Janet Baker said: “This report is so damning that we are considering the unusual step of referring a number of the staff involved in Sarah’s care to their professional disciplinary and regulatory bodies and asking the Health and Safety Executive and Crown Prosecution Service to respectively investigate the systemic and institutional failings and the lack of candour identified in the report.”

As a clinical director in NHS Improvements, Jack Hawkins is familiar with NHS national policies and guidelines. Jack said: “What this report doesn’t address and which was outside the remit of the report is all the other policies that the trust has breached, such as the NUH whistleblowing and staff sickness policy. There is no doubt that we have blown the whistle on bad practice and management at the trust where we are both employed.”

“However come January 2018, I will have no job with them and Sarah will be on half pay and likely no pay in 4 months’ time’. We are both unable to work because of the psychological and psychiatric impact Harriet’s death has had on us. The conduct of the Trust towards us is compounding that impact.”

“The sad thing is, had we taken up the unwritten offer of automatic Consultant-led care provided to senior NUH staff, Harriet would be with us today,” said Sarah Hawkins. “But the truth, is we trusted all staff at the NHS, irrespective of their level of seniority, and didn’t want to take up valuable consultant resources when I had an entirely normal and low-risk pregnancy.”

Tracy Taylor, NUH chief executive, said in a statement: “I offer my deepest sympathy to Sarah and Jack for the pain and distress the death of their daughter, Harriet, continues to cause them and their family. I profoundly apologise that we let them and Harriet down so badly. NUH has acknowledged that it is likely Harriet would have survived had it not been for several shortcomings in care.”

“We accept the criticisms of our care and service delivery, the root causes of these and the conclusions in the latest report and will comply with the recommendations that have arisen from the external review, ensuring appropriate further actions are taken.”

“We have already made substantial changes to address the shortcomings in our systems of clinical care, governance, processes and personnel that arose from this case and a broader review of maternity services.”