The beginning of this month marked the transition of regulation of claims management companies (CMCs) to the Financial Conduct Authority (FCA), and another step on the journey toward clamping down on fraudulent claims. Yet, as a recent survey showed, where there’s a will, fraudsters will find a way.

This research revealed that new areas such as mis-sold pensions or investments, noise-induced hearing loss, and even cavity wall insulation, have prompted calls to consumers about possible compensation claims. Sarah Hill, partner and BLM’s head of fraud, says the law firm’s survey shines a light on the very real underbelly of fraudsters who will exploit every opportunity they can.

The solutions—the FCA’s oversight of CMCs from 1 April and legislation such as the Civil Liability Act among them—will help to clamp down on fraudulent claims, but they’ll also force fraudsters to find loopholes and look elsewhere for their next opportunity.

Hill says: “The real fraudsters, the ones who will exploit every opportunity that they can, could begin to masquerade as something else now that the FCA is the CMC regulator. We’ve identified the potential for one-stop-shops to form, covering everything from marketing to legal services, that will position under a regulator such as the Solicitors Regulation Authority. The aim there would be to be under the supervision of a regulator that has wide oversight, rather than the FCA, which is looking after a specific cohort.”

“We’re also seeing fraudsters targeting new and different types of injuries that fall outside the scope of the Civil Liability Act, such as emotional distress, certain soft tissue injuries, vehicle repair and credit hire. I do think we’re in a much better place, but I am concerned that there is this feeling that with what’s coming down the line, it will all be dealt with on its own. It’s an evolving, multi-million pound industry. Why would fraudsters just allow that to disappear?”

As fraudsters change the forms they take and diversify the claims they target, they’re also upgrading their marketing methods. According to the BLM survey, telephone remains the most popular method for consumers to be contacted regarding unsolicited claims (93%). But digital contact was also significant, from emails, to online pop-up adverts and social media, at 26%, 16% and 7%, respectively.

This spread of communication channels isn’t new, Hill says, with fraudsters scanning social media platforms and holiday review sites for complaints that could be turned into fraudulent claims against tour operators during the holiday sickness spike a few years ago.

“Over the last 12 months I’ve seen an increased level of activity in the way consumers are being targeted and marketed to,” says Hill. “During the holiday sickness claims surge, holidaymakers were actually being contacted while still on holiday.” 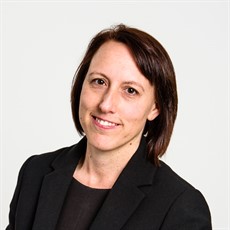 Sarah Hill, partner and head of fraud at BLM

There’s also an added, hidden dimension to this online activity. “Another concern is the dark web and how that is being utilised by fraudsters. They’re essentially telling other fraudsters how to set up scams. This on the agenda for the police but I get the feeling, with the City of London Police Insurance Fraud Enforcement Department in place and legislation coming in, it’s thought that fraud has been tackled now.”

For Hill, the answer is ongoing collaboration of the kind that tackled holiday sickness claims. British travel agent association ABTA spearheaded a campaign to clamp down fraudulent claims against tour operators, which included raising consumer awareness, a fixed recoverable costs regime and legal enforcement, among others.

“That was really effective,” Hill says. “Everyone involved came up with a multi-layered approach. There was raising consumer awareness with ABTA and its campaign to stop fraudulent holiday sickness claims. We undertook the first criminal prosecution for one of the tour operators. That really made a difference because it sent out a message.”

Insurers are matching this collaborative effort and, in one instance, raising fraudsters an intelligence platform. The Insurance Fraud Bureau (IFB) set up the platform in January to give insurers and authorities a safe and quick way to share information to clamp down on fraudulent claims.

“Insurers are very good at collaboration,” Hill continues. “The Insurance Fraud Bureau is at the heart of that. It opened its hub to look at these issues and tackle them as an industry.”

Hill adds that the Insurance Fraud Taskforce, of which she was a member, should continue its work. It’s been three years since the taskforce delivered its recommendations, which aimed to tackle fraudulent activity ranging from organised or premeditated crime to opportunistic fraud.

She explains: “I think what’s going to be really important is that the Insurance Fraud Taskforce should continue. It’s been three years since it delivered its recommendations and there’s a feeling that it’s had its day, but it was a way of bringing everyone around the table, not just insurers but the claimant side as well. They don’t want the fraudsters in the system either because it ruins their reputation. I do think it’s important.”