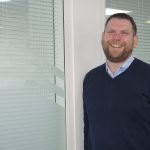 They were a long-time coming, but former chancellor George Osborne’s whiplash reforms finally came into effect earlier this year. And with them, the Official Injury Claim (OIC) portal.

It was a landmark day for many working in the motor and insurance industries. But for Joe public, one of the most significant changes to affect personal injury claims for decades will have largely passed them by.

Why? Because despite the new government portal—supposedly designed to simplify the process and save injured parties from instructing one of those pesky lawyers—the marketing around it has been so abysmal that most people probably still don’t know it exists.

Could this be why, in the first three months since its launch, fewer than 10% of claims processed came from people who were acting alone without legal representation?

The figures—45,718 claims between the end of May and the end of July—are certainly a lot lower than expected, but there are several factors to consider as to why that might be.

Firstly, problems when the portal launched are likely to have led to a backlog in cases with some perhaps not even processed yet.

Secondly, the cap on compensation has led to fewer firms taking on this type of work, which may be causing consumers to give up if they can’t find anyone to help and think there is no way to make a claim.

Thirdly, no like-for-like, year-on-year comparison can be made yet as it’s still early days. That said, data from the Compensation Recovery Unit (CRU)—obtained under a Freedom of Information request by the Association of Consumer Support Organisations (ACSO)—does give us a rough idea.

While the figures don’t separate minor and serious road traffic accident (RTA) claims, of which just over 90,000 were recorded between 1 July and 30 September this year, what they do show is a 10% drop from the same period last year, and a 45% drop from that pre-pandemic period in 2019.

Arguably, the latter is the best comparator as we are now almost back to normal levels of traffic on our roads.

What we do know

George Osborne, in his 2015 speech to parliament announcing the whiplash reforms, said he was determined to crack down on the fraud and claims culture in motor insurance. I anticipate that the government, if not now then in a few months’ time, will say the drop in numbers means this has worked.

But has it, or has it simply been made too difficult to pursue access to justice with a big portal-shaped obstacle in the way?

The government has already been criticised for its lack of advertising. Concerns have also been raised about the visibility of the portal on search engines and a lack of information on key websites where motorists might be expected to look.

Instead, it is relying on insurers to signpost claimants. But can we trust the insurers to do this? After all, they have made millions of pounds from their own legal alternative business structures (ABSs) representing RTA victims and we are yet to see how many claims these same ABSs are handling now or submitting to the portal.

It was sold as a way for injured parties to handle their own cases without the need for representation. But the fact that an overwhelming majority of people are still turning to law firms for help—just 4,331 claimants using the portal were unrepresented—shows the system clearly isn’t working as intended.

If the government is genuine about wanting to help and isn’t simply trying to disincentivise people from claiming by complicating the process, then it must make the tools easy to use and easy to find.

It doesn’t have to be the all-singing, all-dancing ad campaign we saw for the likes of payment protection insurance (although if Arnie’s available…), but people do need to know where to go and that’s a problem that could be swiftly solved with measures to improve search engine positions organically or via paid search.

Speaking at the Motor Accident Solicitors Society’s recent conference, David Parkin, deputy director for civil justice and law policy at the Ministry of Justice (MoJ), said it was critical that claimants had quick visibility and quick access to the portal. He added that the MoJ would welcome proposals to improve visibility and communication.

The proposal is simple and an organisation of the government’s size shouldn’t need external parties to advise it. This is not the first time these issues have been raised and no action has been taken so far, so it will be interesting to see what, if anything, happens next.